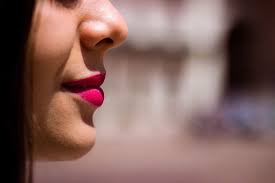 Your nose and weight changes

The nose is made up of bones, cartilage and skin, so there are no fat cells in its composition. Since there are no fat cells, weight gain or loss has no direct influence on the shape of your nose. So you don’t have to worry about the results, even if you have had undergone a nose operation or rhinoplasty. Although many patients are concerned about weight gain on their nose, this is simply a baseless fear.

In fact, the nose is only one part of the entire face. As a result, changes in your weight can affect the proportions of your face, your overall balance and profile. For example, if fat accumulates around your chin, your lateral profile will certainly be affected. This will throw your nose structure and chin off balance. If you are considering a rhinoplasty, the results are not directly affected by weight gain or loss. However, if you maintain  your weight after the operation, it will improve your appearance in the  years to come.

The effects of weight change on the face

Weight gain and loss can have a strong influence on the appearance of your face. When the body gains weight, it often stores it in the fat cells under the chin and around the jaw and neck. Some men and women even look swollen in the cheeks due to weight gain. Conversely, weight loss can change the appearance of these areas as they become thinner and more prominent. Some patients discover high, well-defined cheekbones. Others may have sagging, flabby skin when the fat cells around the chin and neck have shrunk. No matter how it changes, the face will certainly look different due to weight fluctuations.

Does your nose get smaller when you lose weight?

The answer is a resounding no. If you lose a few pounds from your body, your nose will not look thinner, that’s for sure! Only if you are obese or morbidly obese will your nose get thinner as you lose weight. But even then, losing a few pounds probably won’t make any noticeable difference.

As I mentioned earlier, the nose is made up of a substance called cartilage. And the amount of this substance in your nose determines its size. Believe it or not, above the cartilage layer there is a layer of cartilage where a certain amount of fat is deposited. When you lose weight, the fat in this layer can be removed, making your nose thinner. But remember that we cannot control which part of our body loses fat when we eat.

But before you put a lot of hope in getting a thinner nose by dieting, first look at your parents.  If one of them or both  have a bigger nose and you are not obese or slightly overweight, it is very unlikely that your nose will get thinner. This means that  it has nothing to do with the amount of fat in your nose, but with the natural size of your nose, which is largely determined by your genetics.

I’m sorry to disappoint you. But since you are not obese, the only way to have a thinner nose if you don’t have one yet is simply to have a rhinoplasty done (nose surgery or plastic surgery).

If you google for “ways to make your nose smaller”, you will find tons of articles and videos by quacks and false gurus who sell you all kinds of myths. Some say that you can make your nose smaller through various exercises. Some others recommend massaging it in certain directions. A few others also suggest different medications for it. This is a complete lie because none of the above is going to work. Massaging your nose and pulling your nose back and forth will not do either. These are common “exercises” recommended to shrink the nose. But they will hardly make any positive impact.

I am sure I have been able to answer the question discussed above: Does your nose get smaller when you lose weight? If you still have doubts about this, you can have an appointment with a rhinoplasty surgeon who would explain to you why the usual recommendations are useless and going under the knife is the only option. You an surely take the help of makeup and make your nose look thinner or bigger whatever is necessary and women often do that. but these measures are only temporary. If you think, you are game for it, get going! Nose Tip Indentation: How You Can Achieve It How To Reduce Nose Fat Naturally How to make your nose smaller without surgery?